A Regional Listing of Area Clubs 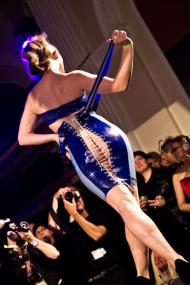 The Regional Club Guide is focused toward those opportunities that are generally open to the public or are commercial in nature. More private venues of a closed forum have been placed to Groups. Mainstream opportunities are listed specifically in Mainstream.

Listings are segmented by region, then coded & categorized by the nature of their interest:

Some crossover will often exist, so the club in question will be listed by the nature that most reflects the general practice of its event. Any listing in 'Italics' may be in question & need to be confirmed.
[Status for all listings have been confirmed as of Fall 2021 - exceptions are noted]

Dandies & Quaintrelles (Facebook): With a focus on fashion & esthetic of an era gone by, D&Q hosts vintage-inspired, stylistic events in & around the DC area. Founded on the ideals of refined style and purposeful living, each event is partnered w/ a noble cause to act as a fundraiser for benefit to all.

The Black Rose (BR.org): Self-described as a support, education, & social group for those who share interests in Dominance & submission, Bondage & Discipline, Fetishism, & Cross-dressing (to name but a few). They are not a swingers group. They do, however, sponsor various workshops, discussion groups, & socials gatherings on a very regular basis. Also see: Fetlife.com/groups

DC Speakeasy (Fetlife): Full play parties hosted at a photography studio in Rockville. The crowd is diverse, welcoming, & the parties generally offer a very high degree of play. But their schedule has become erratic in a post-covid world.

The Crucible (The-Crucible.com): Located at 412 V St. NE DC. The Crucible offers on-premise events for various cultures of the alternative community. The quantity of equipment is extensive & all play is monitored by on-site staff. Their new occupancy agreement requires membership previous to attending any events (readily available through their website). Also see: Fetlife & Facebook.

Avalon (Facebook): Formally a weekly dance party w/ rotating themes & drag show, it has now moved to a monthly. Still high energy w/ an amazing crowd, it stands as one of the best nights in DC for what it presents. Currently hosted at Soundcheck DC.

Crew Club (CrewClub.net): Gay male bath house on 14th Street (1321 14th St. NW DC). The last of its kind in DC. During covid they were in threat of permanent closure, but have since resurrected & have resumed full operation.

Distrikt-C (DistriktC.com): Originating in Washington DC & offering one of the region's biggest & best gay dance fetish parties, they have since moved beyond DC to host events in Philadelphia & NYC. See main site Facebook for detials.

DC Prime Timers (PrimeTimersDC.org): Local social group for older gay or bisexual males & those who admire them. In addition to a healthy schedule of annual events, they also host a weekly gathering each Wednesday at Windows above Dupont Italian Kitchen in DC. 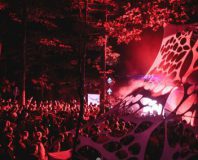 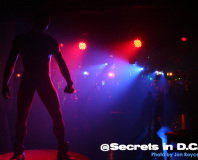 Touch of Flavor (ATouchofFlavor.com): Offering a unique opportunity for those in the mainstream to explore the sex-positive & BDSM/Kink Cultures. Touch of Flavor provides workshops & events to teach interested parties the knowledge & skills to turn fantasies into reality. With an aggressive campaign in mainstream media, they offer an impressive outreach program for the scene. Also on Facebook & Fetlife.

Studio 58 (Fetlife): No longer a brick & morter club, they now exist as a roving group to host various parties throughout the area. Formally Grove Lane Studios.

The Baltimore Eagle (Facebook): While controversial in thier take-over of previous ownership, the Baltimore Eagle continues to serve various aspects of the LGBT community. Located at 2022 N Charles St, Baltimore, MD, the new facility is lavish with weekly club nights & varied themes. Please check their calendar as they keep an active & evolving calendar. 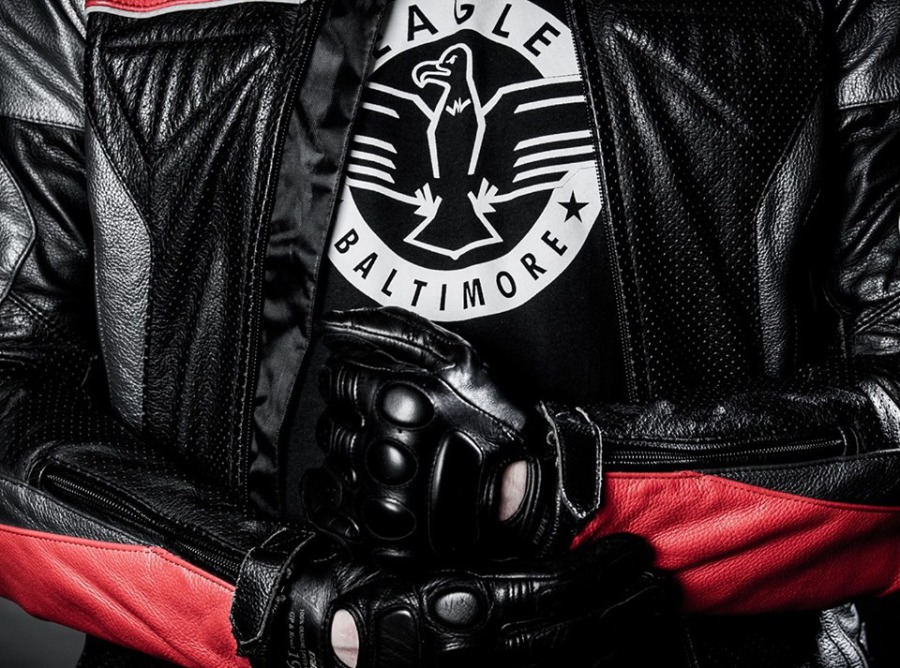 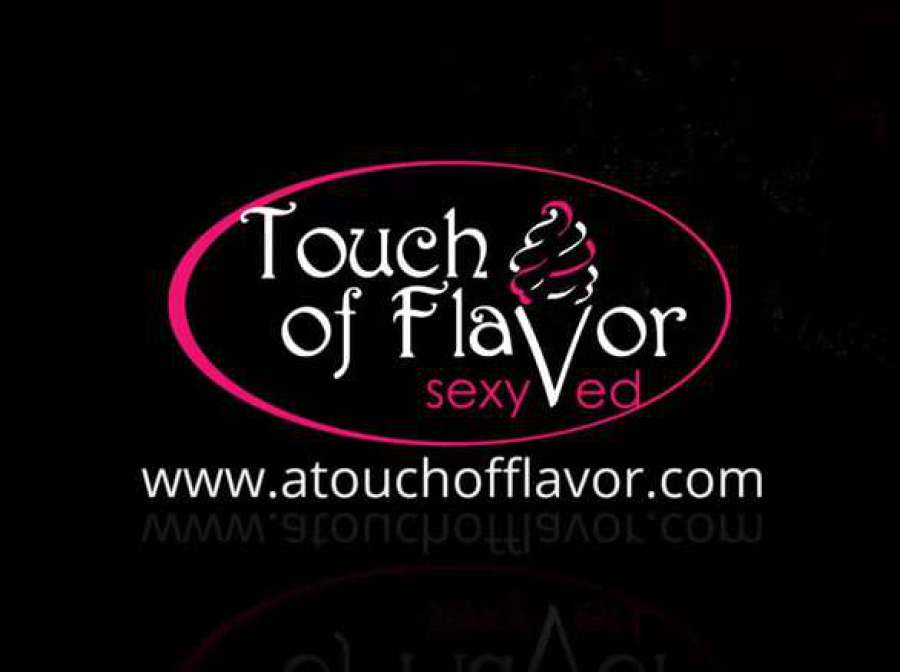 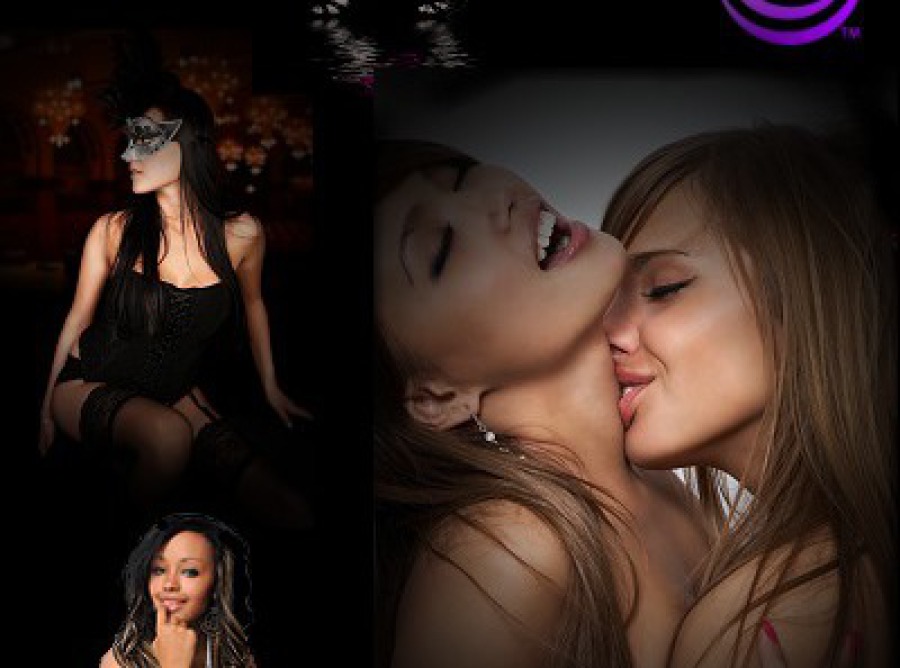 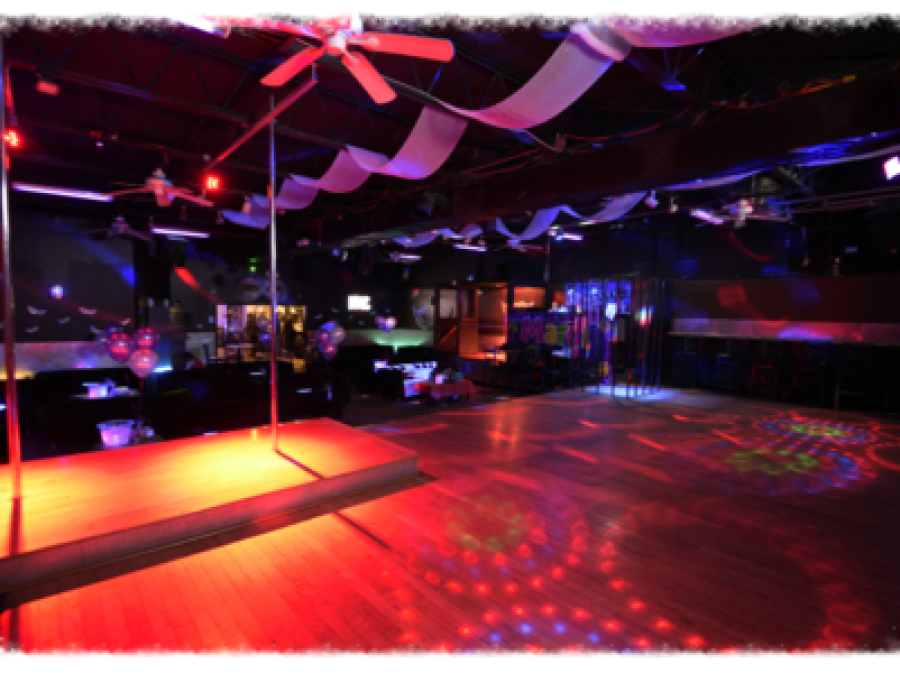 DJ Mighty Mike Saga (Facebook):  Honestly, we don't list DJ's individually & Mighty Mike certainly doesn't fall into the category of Clubs or Groups. But frankly, we just don't know what to do with him...  You see, in the city of brotherly love, Mike Saga is a one man scene machine & a force onto himself.  No pun intended, but we've never seen anything like him! He's single handedly a driving force for so much of the Philly underground scene that we had no choice but to include him as his own listing. Hosting such nights as Vortex, I Love Industrial, & a host of others he's an absolute presence in the scene & worthy of his own focus.

The Pleasure Garden Club (ThePleasureGardenClub.net): Hosted by Lady Chandra, the PGC is located in a 5,500 sq. ft. complex with multiple venues of exotic intrigue to explore (this includes 4 separate areas of various themes: the cat house lounge, mystical water garden, the tribal main room, & club-style dance club with state of the art sound & lighting). Venue is for members only & BYOB. Amenities include a full kitchen manned by a 4-star chef, full service mixer bar, arcade, pool tables, & big-screen TV. Membership is required & is open to all 21 & over. Club is open from 10pm - 4am, door charge is $25 & membership can be paid at the door. Prior RSVP is required. Available 6pm-10pm for private functions. Address: 6039 Passyunk Ave. Philadelphia, Pa (Eastwick/SW Philly).

Philadelphia Polyamorists (MeetUp.com/PhillyPoly): A membership network offering discussions of various topics relating to polyamory as well as 2 social events in/around Philly each month. The socials are on the 2nd Sunday and 4th Wednesday. The discussion meeting dates will vary depending on the host's schedule.

Distrikt-C (DistriktC.com): Originating in Washington DC & offering one of the region's biggest & best gay dance fetish parties, they have since moved beyond DC to host events in Philadelphia & NYC. See main site Facebook for detials. 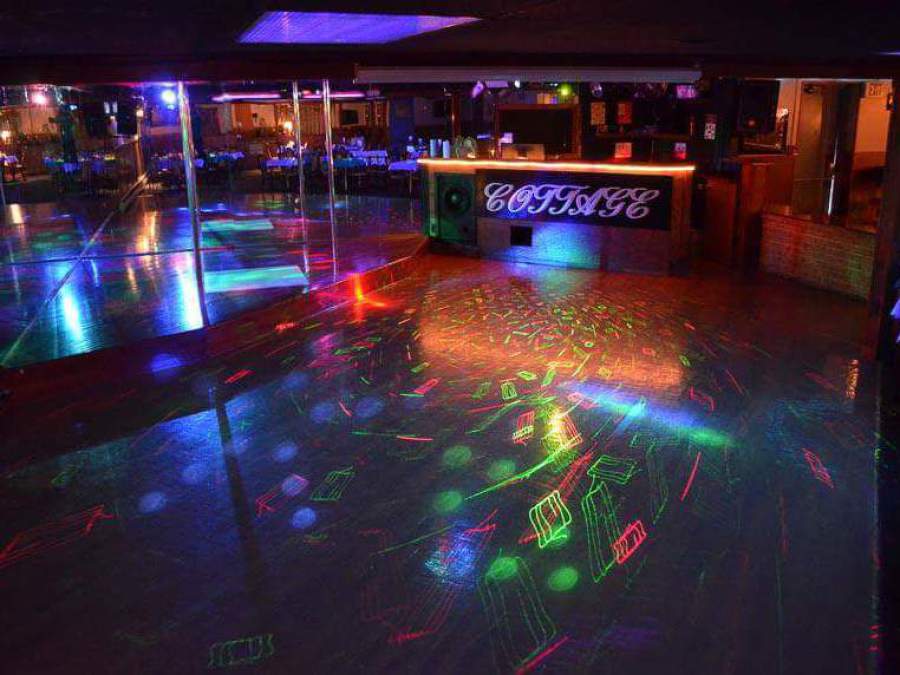 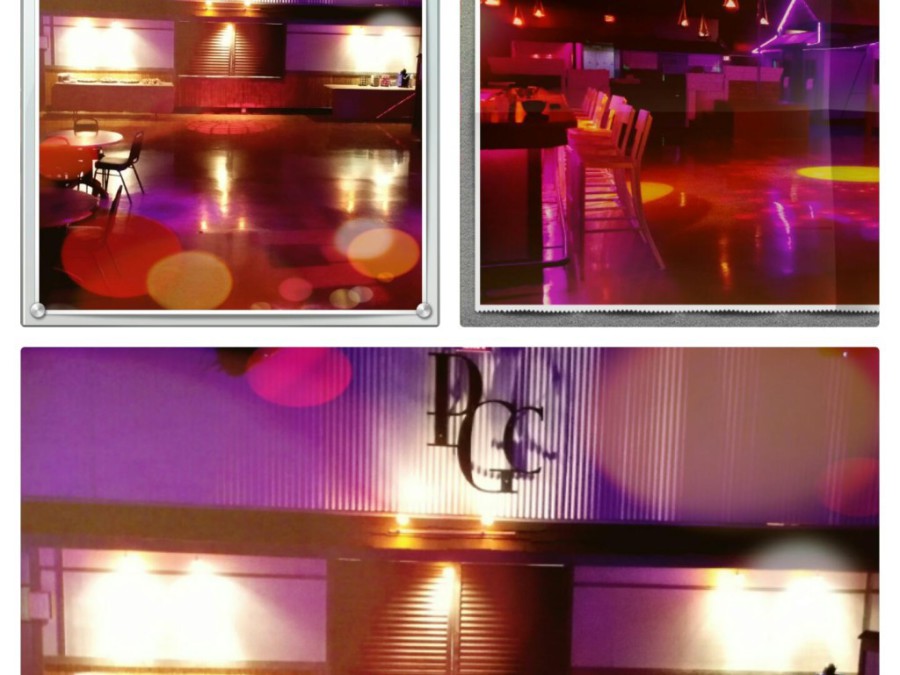 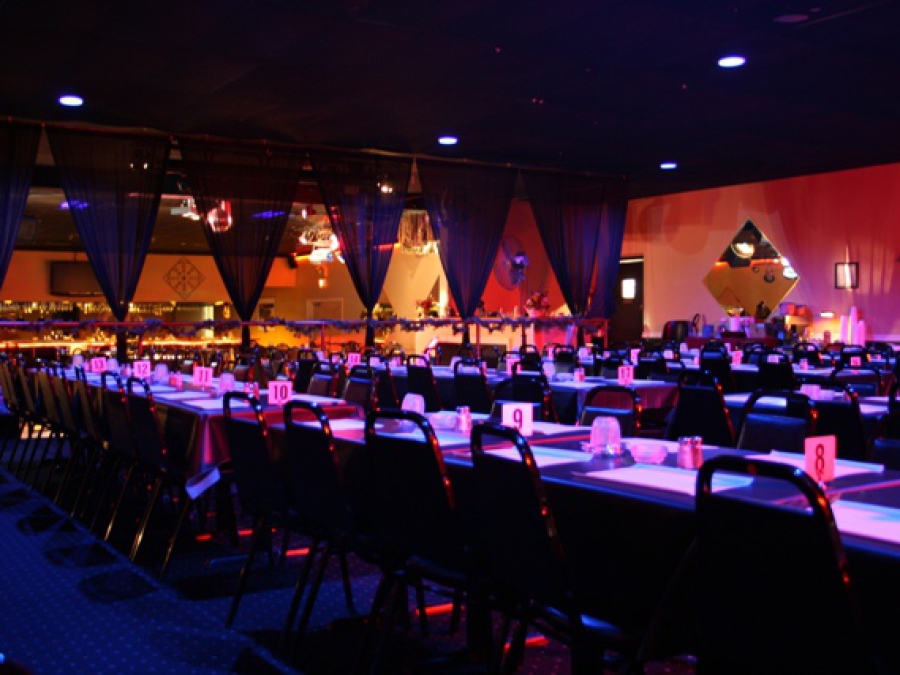 Fallout (FalloutRVA.com): Richmond's premier underground club featuring Goth/Industrial & a continuous parade of alternative & fetish-based theme nights. Open throughout the week. Membership is required but can be attained at the door. Also on Facebook.

Zebulon's Grotto (ZebulonsGrotto): Offering a 36 acre estate w/ a 5 acre lake, pool, camping on the grounds & full ammenities. They offer nudist & social gatherings for men & individuals of common interest. Located just 40 minutes east of Richmond. However, in a post-covid world (as with many others) their schedule remains erratic. So please check the main site for possible updates.

Asylum 13 (Facebook): Hosted in Wilmington, Del. Asylum is a weekly alternative dance party which includes various theme nights that include everything from fire performances to fetish events to live music. Indeed, the scene has moved to Delaware & Asylum is the place to be.

Vikings Castle (Fetlife): Private playspace & retreat located in Sussex County, Del. After Doc of the "The West Wing" fell into ill health, he suspended future activities & merged his group with DelViking. Future efforts for both groups are now carried w/in Viking Castle of Deleware. With a wide range of amenities, visitors have access to the entire playspace & surrounding grounds.

The Armory (Fetlife): Small but available playspace on the Eastern Shore for use. Located in Salsbury, Md. They also host play parties.

All Content Copyright 'The Metro Underground.' All Rights Reserved.
No portion of this text may be copied or reproduced in any manner
without the express written consent of the author.