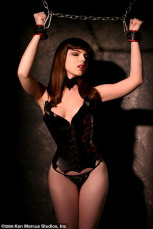 What follows is a select listing of pertinent links for resources to the underground & alternative community. Relevant entries have been categorized by cultural focus & coded according to their specific area of interest:

Some crossover will often exist, so the entry in question will be listed by the nature that most reflects its general practice. Please note we don't list pornography or elements that would be percieved as spam.
[Status for all listings have been confirmed as of Spring 2020]

Twisted Edge Magazine (TwistedEdgeMag): Online magazine covering all things 'scene' with a bit of an edge. From fashion to events & everything of interest, Twisted Edge offers an impressive source for media in an industry that currently struggles to survive.

Eric Von Gutenberg (VonGutenberg.com): Offering one of the scene's best blogs, social networking, online shopping, as well as hosting incredible parties for the east & west coast. This is an invaluable resource for the fetish scene.

Xtreme Magazine (XtremeMagazine.com): Although The Metro doesn't cover items such as strip clubs, pornography, or adult entertainment, Xtreme Magazine is an excellent resource for the area & the nation. Currently run through an app. 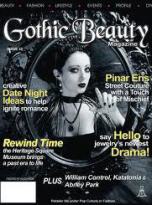 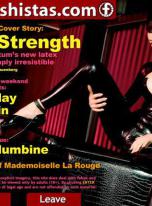 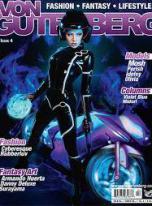 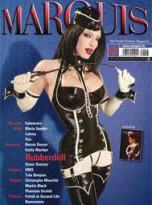 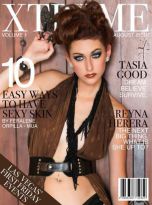 Tinder (GotTinder.com): Mobile Phone App providing geo-specific targeting of active profiles. It uses your Facebook profile to analyze a persons social makeup, then matches compatible profiles w/in a geographical are. Users may then anonymously 'like' another user by swiping right or pass by swiping left. If two users result in a 'match' & they are enabled to chat. Most often it's essentially used as a dating & hook-up site, but it does offer a wide variety of potential.

Model Mayhem (ModelMayhem.com): Network site for models, photographers, event planners, & industry networking. While many still use it, the forum has fallen out of favor for most serious professionals.

Vampire Freaks (VampireFreaks.com): Although the forum has generally phased out, it remains online & available for all things relavant to the Goth-Industrial Culture.

Fetlife (Fetlife.com): Provides online networking for the kinkster crowd. It essentially works as a kinky cousin to Facebook. Focused directly to the alternative culture, it's the coolest damn thing to hit the net since, well, Facebook! See The Metro under groups!

Feeld (Feeld): Geolocational dating & hook-up app for couples & singles who are looking to connect. This includes those looking to just spice things up & explore, as well as poly, kink, & those of a bisexual orientation.

APG / AltPlayGround (AltPlayGround.net): One of the area's core resources for those in the Lifestyles. They host the site as well as parties around the DC area. Profiles are real people & generally up to date.

The Lifestyle Lounge (LifestyleLounge.com): Online date & match site, "Where 'real' couples go to meet..." Personally, these guys make the most hilarious flash-point presentations anywhere. I'd check 'em out just for that alone! ;-)

Adult Friend Finder (AdultFriendFinder.com): Swingers match site brought to you by the same producers of Alt.com. Although it's the largest of its kind, this is a VERY homogenized forum with a large number of dead profiles & false links.

BiCupid (BiCupid.com): An affiliate of the OKCupid Network, BiCupid offers a more progressive forum for it's standard dating forum. Provided for both men, women, & couples.

Manhunt (Manhunt.net): Gay male personals & online chat for both dating & hook-ups. Representing one of the highest traffic sites in the culture, it has a large following & is specifically focused toward casual encounters.

Hornet (Hornet.com): Available as an online resource or mobile app for the iPhone & Android Devices. Geo-socially targeted for local gay, bi, & bi-curious guys. Many bill it as a better version of Grindr. It is aligned more as a full platform to the entire gay culture.

Jack'd (JackApp): Claiming to be the worlds fastest growing gay app, Jack'd carries a diverse group of users & allows a prolific search by "scenes" as well as the usual search parameters of body type, etc. Demographic profiles slant heavily toward people of color.

Bisexual Playground (BisexualPlayground.com): Personals, info, & chat for bisexual couples & singles - both men & women. It should be noted that online reveiws often speak poorly of the site. It has yet to be determined if this is confirmed as the case.

Recon (Recon.com): Self-described as the world's largest hook up site for gay men into fetish, leather, and gear.

OkCupid (okcupid.com): Although it's a mainstream dating site, it carries a large number of people in the alternative culture. Of note, some time ago Match.com purchased OkCupid. This acquisition definitely had an effect to influence the overall site.

Match.com (Match.com): Self-described as the number one destination for online dating with more dates, relationships, & marriages than any other dating or personals site. But that tends to be due to the sheer volume of its members. Still, it's probably the largest dating site currently online & they've recently launched active area events for singles to meet face to face in real time.

Facebook (Facebook.com): In case you've been living under a rock, Facebook offers a great means for interaction & will get you back in touch with people you haven't seen in years. Also an invaluable forum for parties & events. See The Metro Group on Facebook! 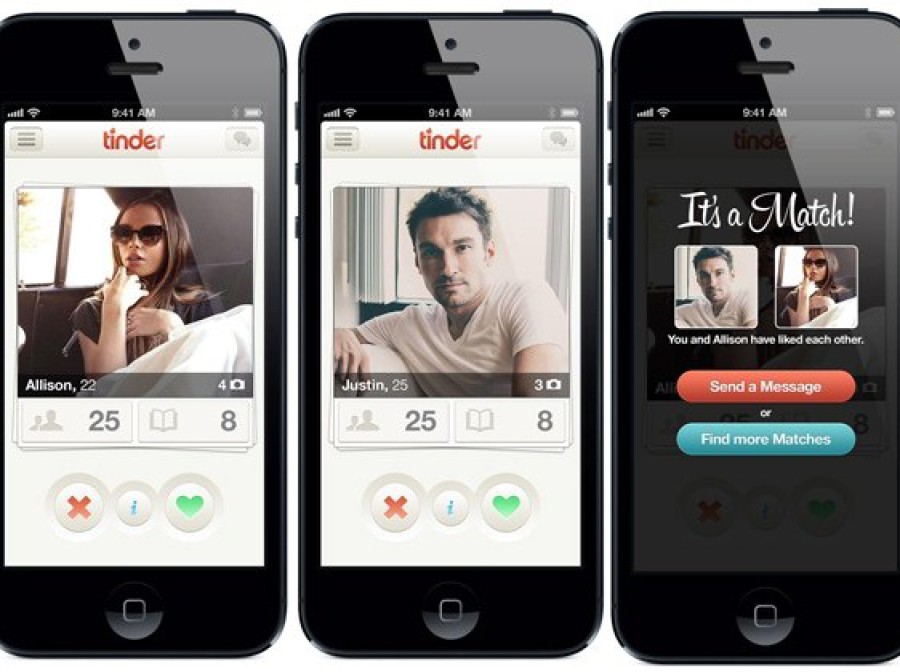 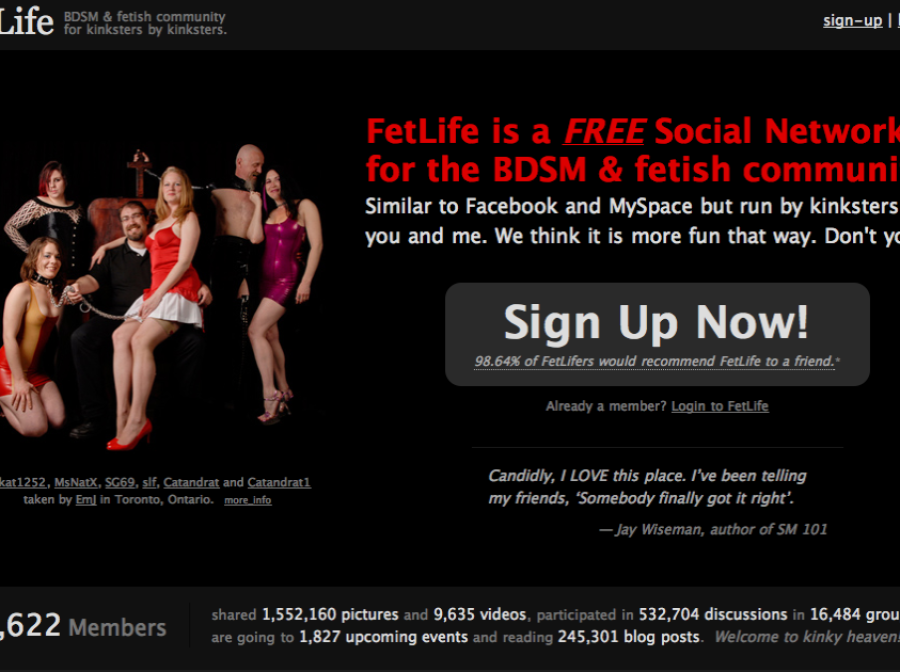 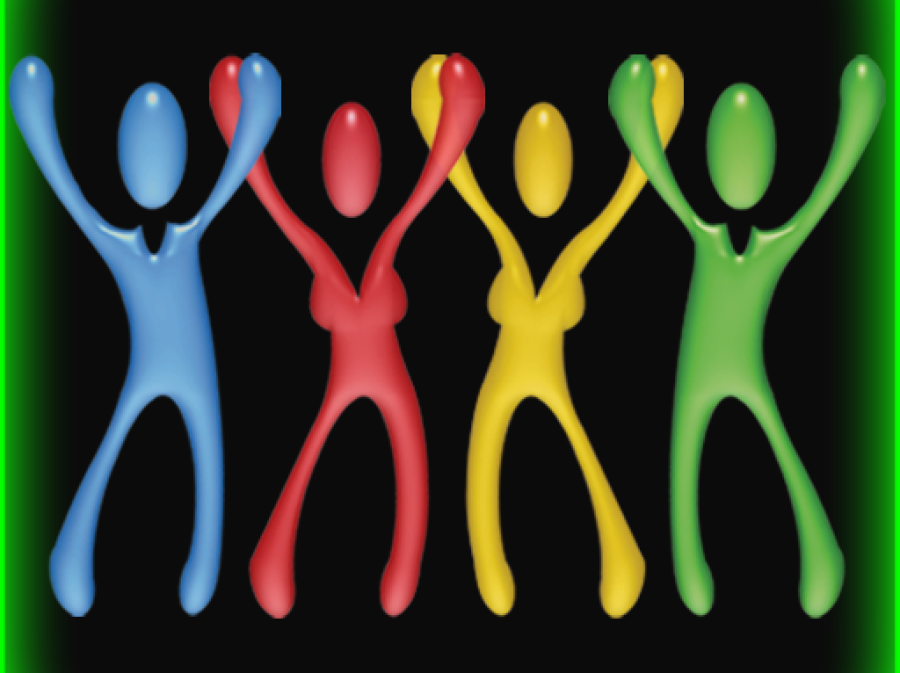 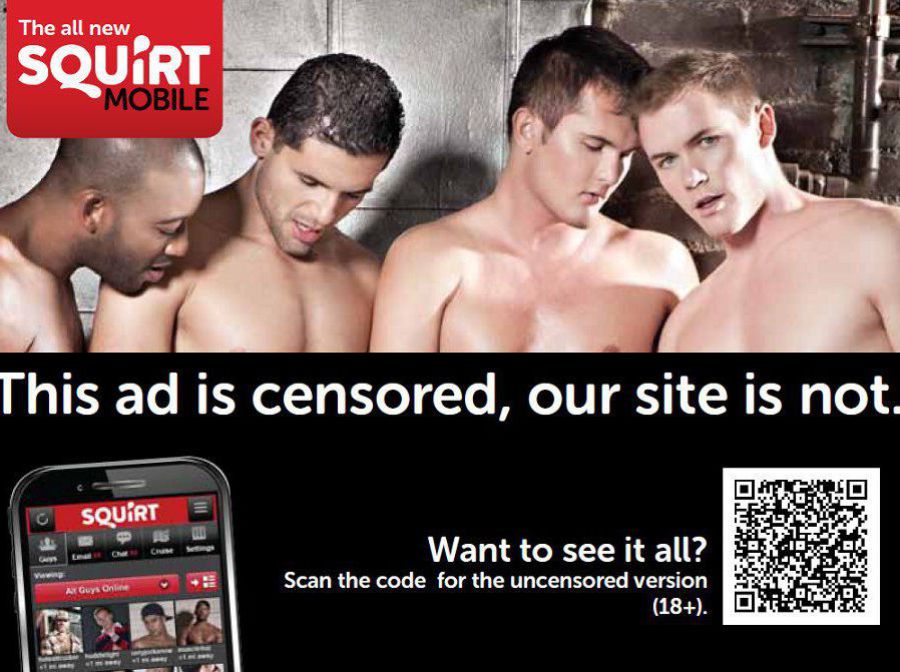 Philly Goth-Industrial (Facebook): An comprehensive online resource covering all things related to the goth-industrial scene in & around the Philadelphia region. Formally a website similar in context to The Metro Underground, now exclusively on Facebook.

The Fetish Information Exchange (FetishExchange.org): An instructional resource & information exchange featuring a depth of cultural material. Its focus is to provide a useful guide to explore sexuality as well as a variety of personal needs, wants, & desires. Recipient of the prestigious AVN Award for the Best Educational Site on the internet. 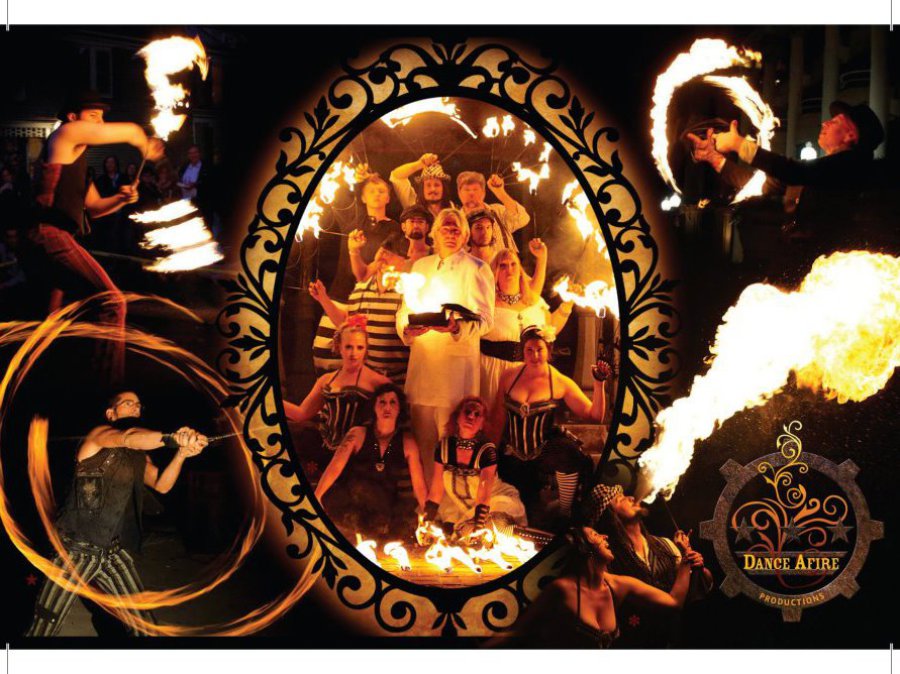 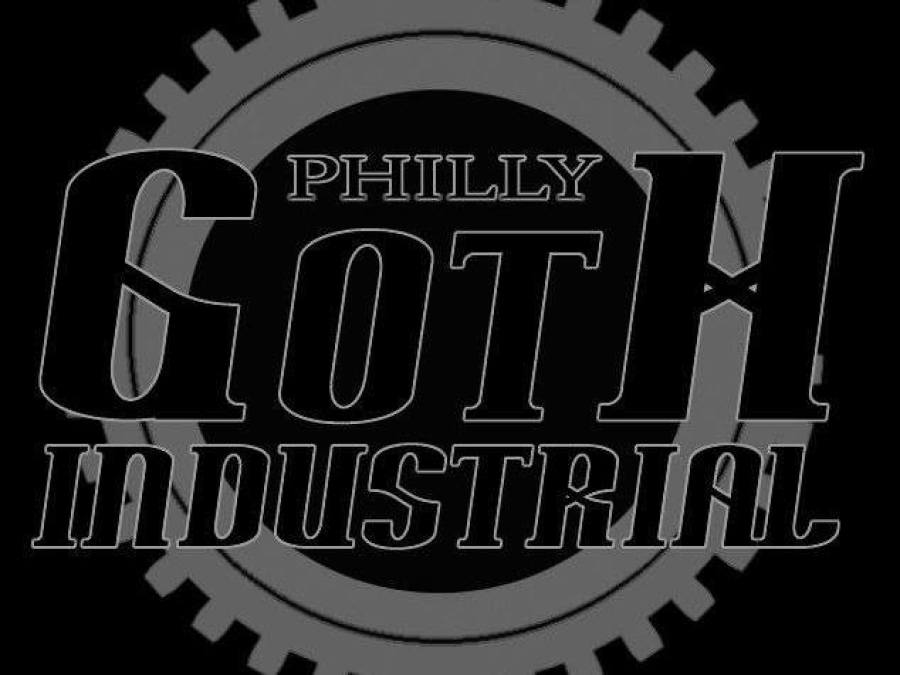 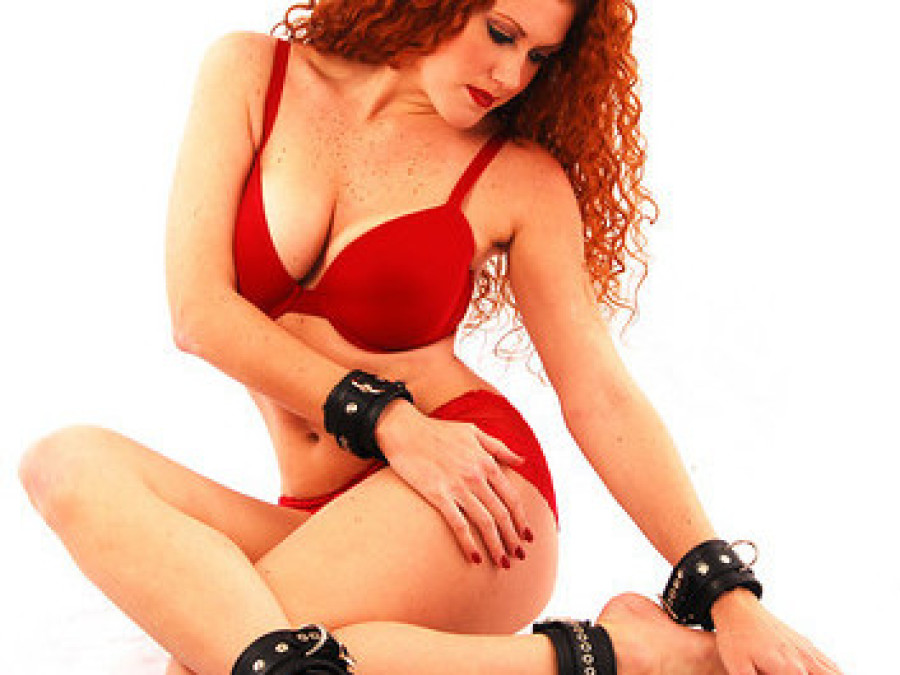 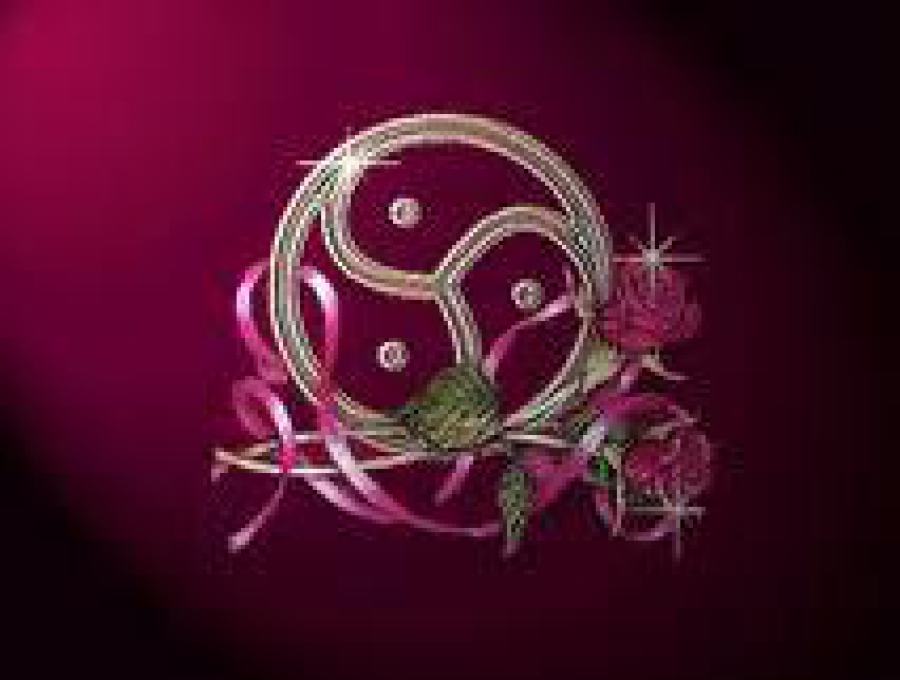 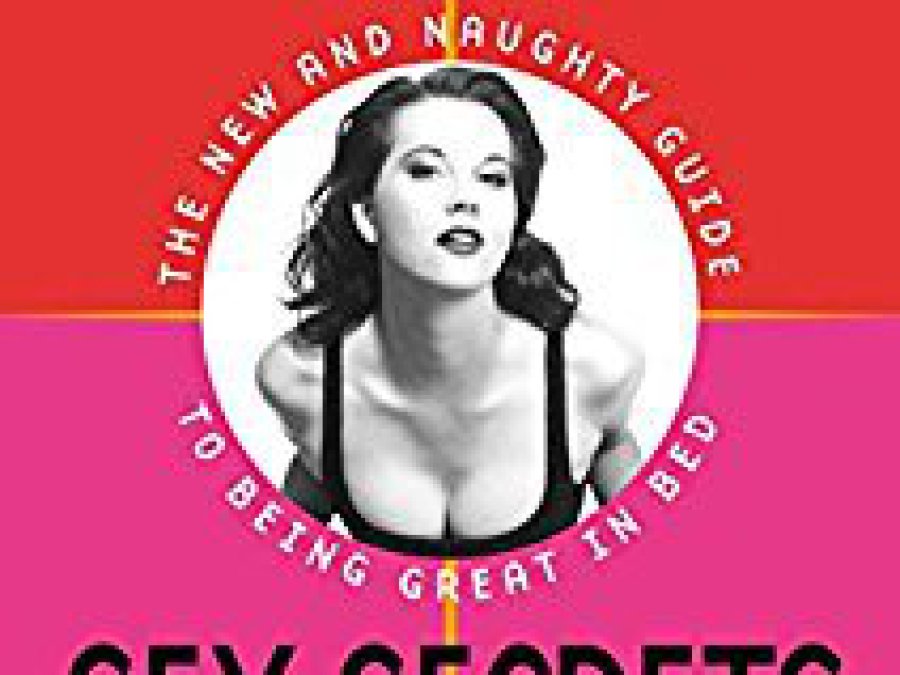 The National Coalition for Sexual Freedom (NCSFreedom.org): A national organization "committed to creating a political, legal, and social environment in the United States that advances equal rights of consenting adults who practice forms of alternative sexual expression. NCSF is primarily focused on the rights of consenting adults in the SM-leather-fetish, swing, and polyamory communities, who often face discrimination because of their sexual expression."

NASCA International (NASCA.com): NASCA offers a national/regional listing of clubs, events, & services which are relevant to the Swinger / Lifestyle Community. A premier gateway to the adult alternative scene throughout the United States.

Liberated Christians (LibChrist.com): A great resource that promotes positive intimacy as a legitimate choice for modern Christians, "exposing false traditions of sexual repression that have no biblical basis." Overall, it provides some very valuable information for those in the culture who might be conflicted due to a religious upbringing.

CDC / Center for Disease Control (CDC.gov): Not the best topic in our culture, but it's a very real consideration. If you have any concerns about Sexually Transmitted Disease (STD) or would like some general information on the subject, then the CDC has an extensive data base & can offer an enormous amount of information in this regard. If however you feel that you may have contacted an STD, then please don't hesitate to see a doctor (or if you are embarrassed about visiting your primary care physician then at least get to a clinic that specializes in this aspect of patient care). For yourself & the rest of the community, please be informed & always be careful.

Where to DC (WheretoDC.com): With a definite focus on dance, Where to DC is a newly launched site to help you find fun & interesting activities in the DC area. 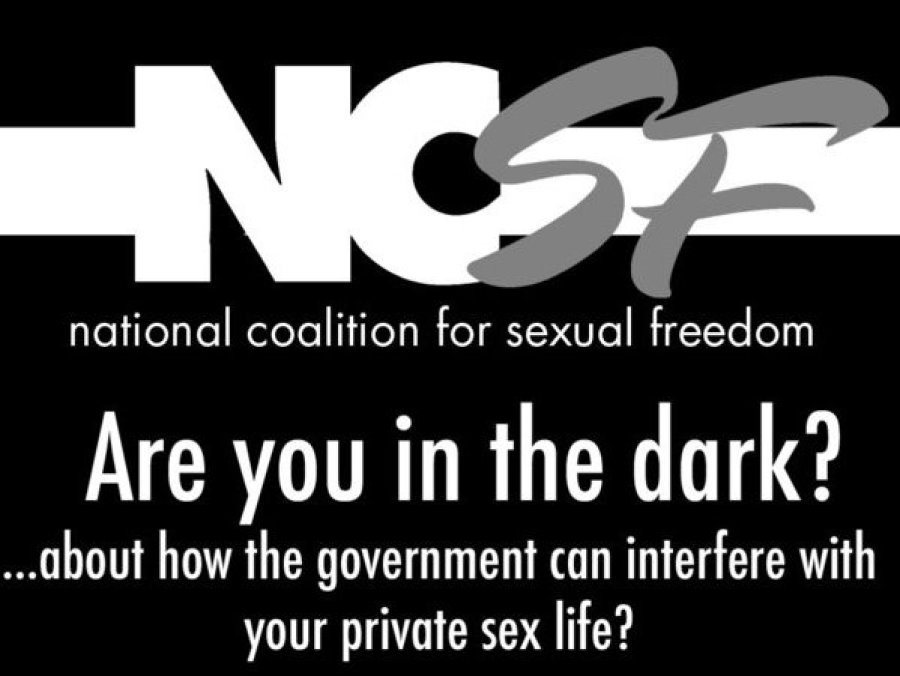 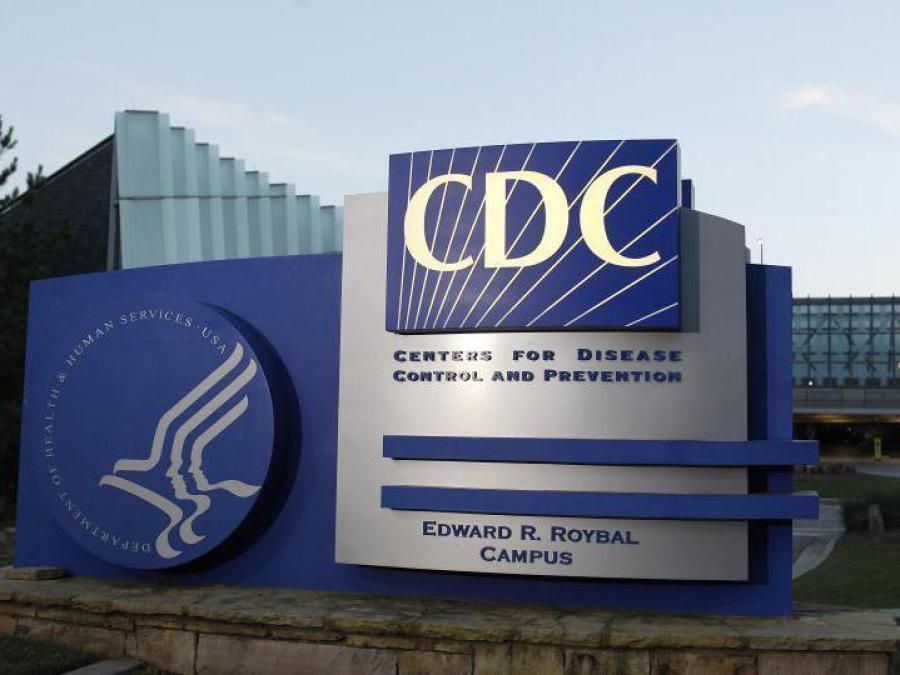 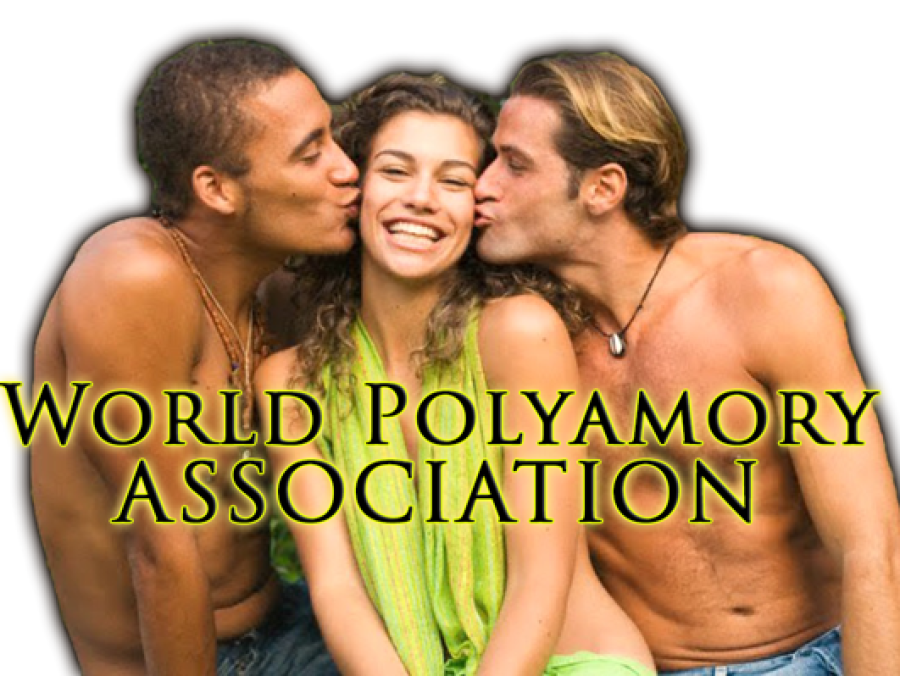 Washingtonian Magazine (Washingtonian.com): City Magazine offering the when, where, who, & what's going on. Available to keep you informed for general life & culture in Washington, DC. Available at most bookstores & magazine stands.

On Tap Magazine (OnTapOnline.com): Washington's ultimate guide to the club, pub, & restaurant scene. Available online as well as in local venues throughout the area. This is a monthly publication.

Where Magazine (WhereTraveler.com): A general guide to the city geared primarily for the tourism trade. Excellent resource for shopping, shows, restaurant reviews, & general neighborhood orientation. Available in most hotel lobbies.

Brightest Young Things (brightestyoungthings.com): An exhaustive list of events & enticements throughout the area.

DC Clubbing (DCClubbing.com): Nightlife & event guide offering everything to do with the DC's active club scene.

Baltimore Magazine (BaltimoreMagazine.net): City Magazine offering the when, where, who, & what's going on. Available to keep you informed for mainstream life & culture in & around the Baltimore area. Available at most bookstores & magazine stands.

Philadelphia Magazine (PhillyMag.com): City Magazine offering the when, where, who, & what's going on. Available to keep you informed for general life & culture in & around the Philadelphia region. Available at most bookstores & magazine stands. 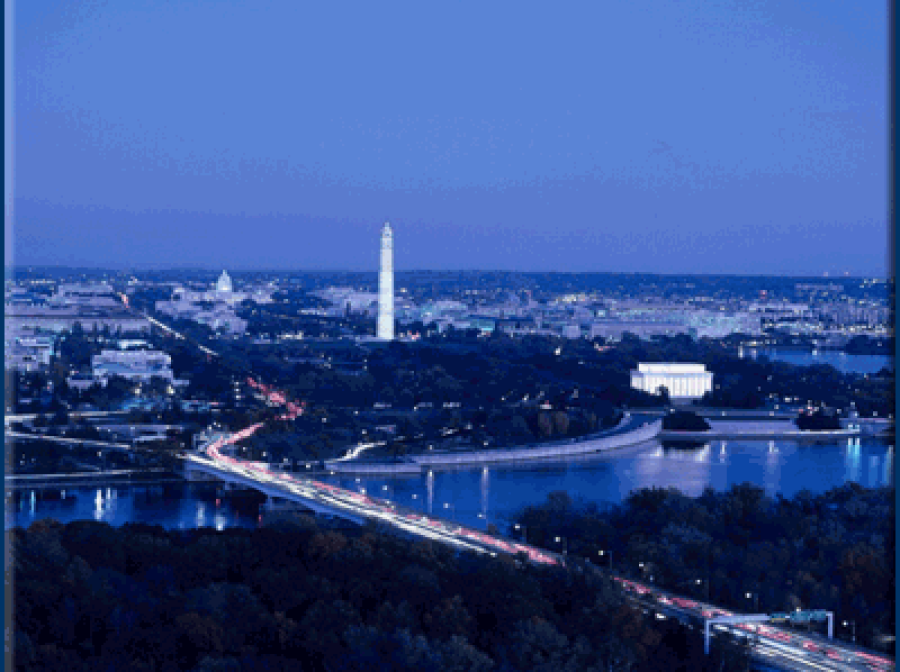 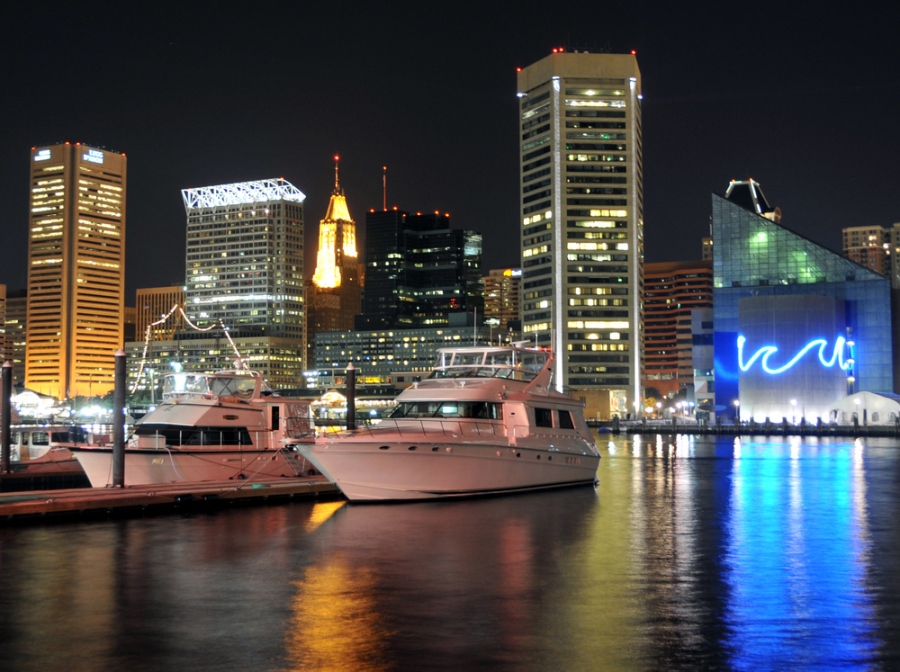 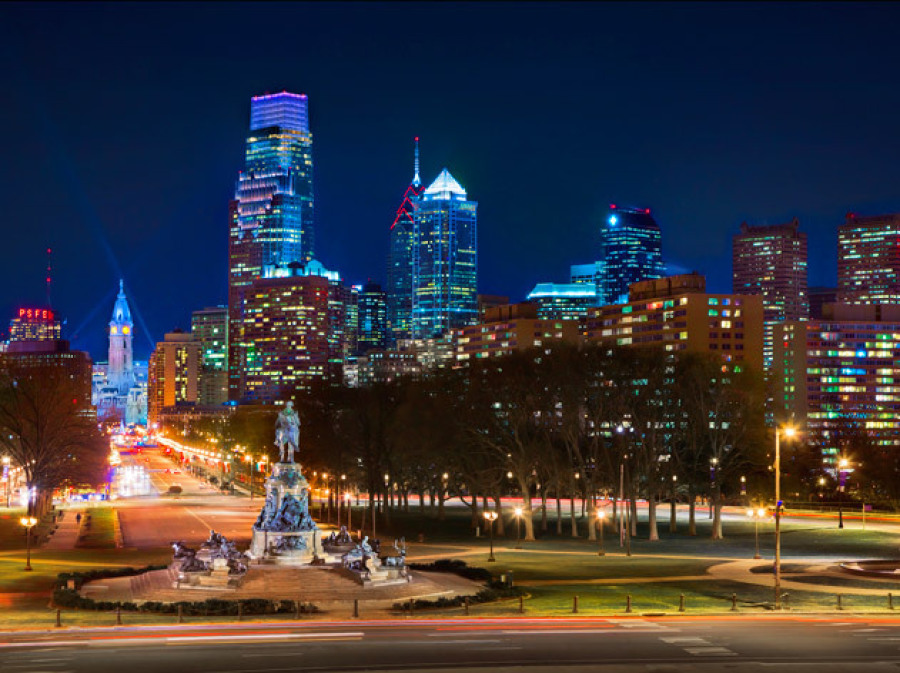 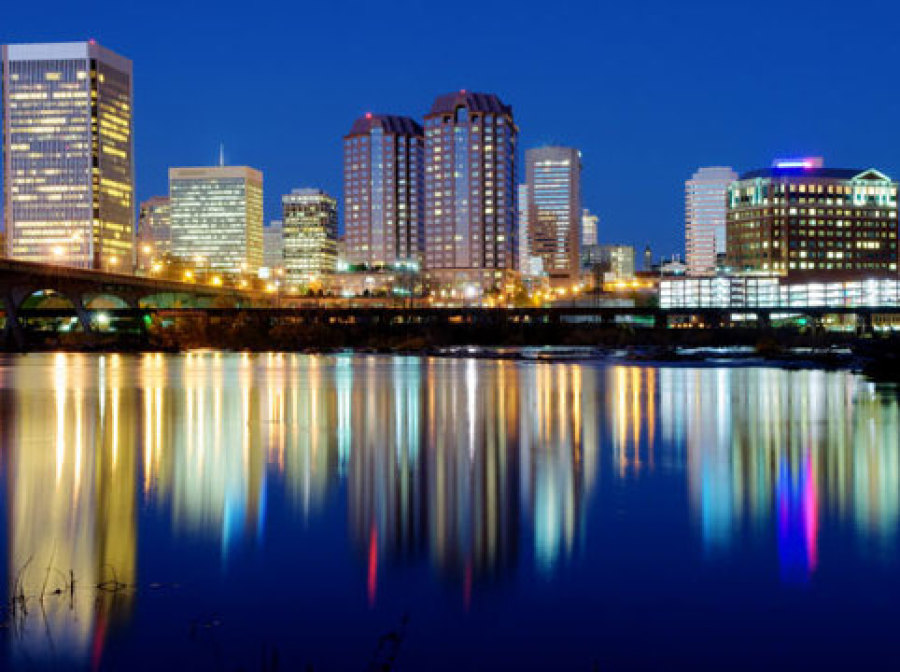 Screw the Roses, Send Me the Thorns (Book coauthored by Philip Miller and Molly Devon) - Published in 1995, this text became an instant classic. Its coverage of core topics offers a depth of insight & understanding while its style & format are both lavish & beautiful. The Black Rose calls it, "as close to a coffee table book as the field has yet produced." The only problem is that in its writings, it tends to see no difference between S/M & D/S, which is clearly incorrect.

Miss Abernathy’s Concise Slave Training Manual (Book by Christina Abernathy) - Just like it says, this a tight, concise guidebook to properly training a slave. Essentially presented in two parts, Part I deals more with specific techniques for training, while Part II offers a more in-depth look at the relationship as a whole & the various aspects of the D&S dynamic. Elegantly written & engaging.

The Marquis de Sade: The Complete Justine, Philosophy in the Bedroom, and Other Writings (Compilation of Essays compiled and translated by Richard Seaver & Austryn Wainhouse) - An exhaustive accumulation of the Marquis' works, which for the record, represented an exploration of graphic (perhaps even obscene) fantasy that was engaged fully in the dark nature of man. However, this was - to the best of our understanding - not meant as an expression of viable reality. His philosophy in this was an outcropping of the view that mankind is ultimately governed by the laws of nature, & that nature in its most common element is indeed rather cruel. So, mankind if he is to be in harmony with is inner self must at the very least allow himself to imagine himself in possession of such cruelty. In short, it's twisted, but then again it's the combined work of "The Marquis de Sade" - need we really say more?

The Joy of Sex (Book by Alex Comfort) - A classic work & instructional primer on the many aspects of adult sexual play. While its approach to the subject is both clear & informative, its overall tone & sense of class actually make it an excellent book to give to a youth who is ready for 'the talk.' Indeed, this is not a 'Lifestyle' publication but rather an open dialogue for the art of adult sexual practice.

The Kama Sutra (Classic Text) - Few people really understand that The Kama Sutra was actually a theological doctrine. Based on the fundamental aspects of the ancient Yogi (read that in today's language to mean yoga), its point & purpose was to define a means by which to achieve a higher degree of spiritual harmony & interconnectedness. The end result strives to reach a higher evolution in personal & interpersonal elevation through sexual energy & the practice of sexual engagement. And yea, that always leads to good sex!

The Ultimate Swingers Guide (Book by Tina Minell) - Probably one of the best introductory texts ever written on the culture. Tons of information about etiquette, meeting others in the scene, finding clubs & groups, as well as what to expect. Safe play, discretion, & approaching your partner with the general concept are just a few of the topics covered in depth. A must have for those new to the scene.

Back to Top. Return to Scene Guide => Articles => Culture.

All Content Copyright 'The Metro Underground.' All Rights Reserved.
No portion of this text may be copied or reproduced in any manner
without the express written consent of the author.